With the centenary of the birth in Rugby on 23 March 2021 of legendary musician Dr Roger Bullivant fast approaching comes the chance of a significant evaluation of his remarkable contribution to music in so many of its manifestations – not least in the county of broad acres where for half a century he laboured so unstintingly and effectually within its musical, cultural and educational vineyards. 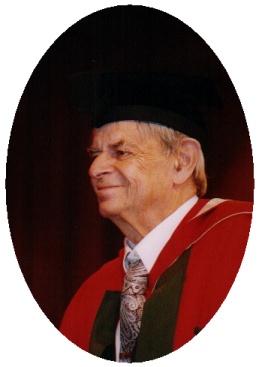 Known to a vast number as a lecturer and teacher as well as countless more as a conductor and harpsichordist, Roger’s remarkable achievements on the wider musical canvas were no less acclaimed by music makers and concert audiences. His intense, yet comparatively compact, tome on Fugue in Hutchinson’s University Library series was a best seller and is still in heavy demand world-wide today; by dint of clarity of explanation of one of music’s very greatest complexities, he brought ready understanding to many serious students of music in respect of one of the greatest mysteries of the art. The detailed study of Fugue in all its manifestations had been at the heart of his thesis for the Oxford Doctorate of Philosophy and his ready success in leading so many to a greater understanding of a significant musical entity places thousands for ever in his debt.

Roger was in “on the ground floor” of the endeavours at Sheffield University that led to the foundation of Sheffield Bach Society in 1950 and continues today with the ongoing efforts of Sheffield Bach Choir as the legacy of that great scheme. The frequent presentations of that trinity of choral masterworks the St Matthew and St John Passions and the Mass in B minor has been a hallmark of triennial Bach Choir endeavour for seventy years. This regular canon, alongside a highly enterprising affiliation with contemporary music and a number of significant premieres by works of leading British composers, has not found other traditions neglected and the calendar has involved all the leading composers since the Baroque period (and some from earlier) in tandem with numerous works from creative spirits well- and lesser-known.

The organisation and presentation of a number of special commemorative events for the Centenary of Dr Bullivant’s birth is under consideration and it is hoped that some outline details will be available on the Bach Choir Website towards the end of 2020.